It's About What You Want

It’s about what you want…

If you know me, you have heard me say this before. Not sure where I really got it from, yet I’ve been saying it forever. I often tell myself the same thing… It’s about what you want. Sometimes, over and over… IT’S ABOUT WHAT YOU WANT, IT’S ABOUT WHAT YOU WANT. It is a simple, universal statement which applies to all aspects of life.

Now don’t get it twisted, there are many things in life that we want, that we don’t necessarily have. For some, it may be emotional objects like happiness or love. For others it may be more physical like a home or a car. Yet at the end of the day, it all comes down to the same damn question… What do you really want in life?

Over the past 5 weeks, ANiMAL took part in our 3rd CrossFit Games Open. Each year the Open does amazing things to our little community. As a Coach, I see the level of intensity rise in everyday workouts, especially on Saturdays when we host our open workouts. We also notice the support of our athletes to each other is awesome. Sharing “blood, sweat, and tears” day after day, week after week is one thing. Cheering for your teammate while bleeding, sweating, and the occasional hidden tear is another.

Tim Ogden is a 62 year old athlete from river Edge NJ. He is a father, grandfather and now a bad ass CrossFitter. Tim joined ANiMAL in June of 2014. This year, after only 7 months Tim registered for his first CF Open and ended up placing 5th in the entire NorthEast for scaled, Masters (60-65) athletes. Quite the accomplishment considering many adults at his age live sedentary lifestyles to say the least. Tim works a full time job, and has responsibilities to his family & friends just like you and I. Yet every week usually 3-4 times a week, Tim drives a half hour-40 minutes to train his body & mind. Some may say that’s crazy. But then again, It’s about what you want… 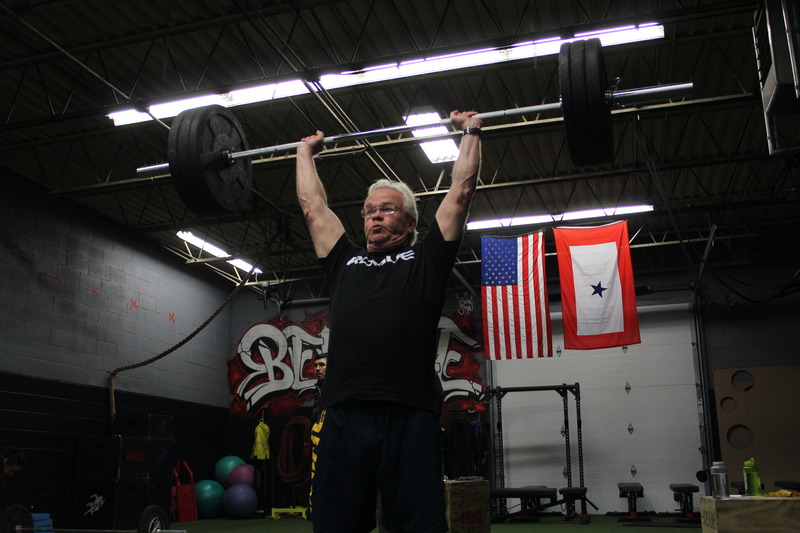 When Coach John Bartlett came to ANiMAL 2 years ago, he was a skinny, average at best CrossFitter. What Coach John did have going for himself was a relentless pursuit of becoming better. John worked tirelessly to become a more well rounded CrossFitter and the results show. During this open he placed, 93rd in our region, 12th in the state of NJ and in the top 1% in the world. John had goals, a vision, and would not take no for an answer. Again, it’s about what you want!

This is not at all about our athletes who finished well in their respective divisions. This is about priorities. Becoming a better all around person. After all, we are just as proud of every last member who registered and competed against themselves week after week. That is the true competition. What are you willing to do each day to attain your goals. What sacrifices will you make? What lengths are you willing to reach to see that what you want inevitably becomes yours?

The CrossFit Open is a time where people dig deep and push themselves past preconceived levels. Although we should not wait for these 5 weeks a year to do so. In fact we understand many of you may never do the CF Open of even CrossFit for that matter. What we do know is this. Anything is possible. Block out the naysayers. Dream it, plan it, BE IT. And always remember, It’s About What You Want! Here’s to the rest of an amazing 2015!